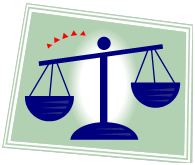 In our last blog we stated that, in general, the carrier is liable for product damage when it had control of the cargo. We also noted that the burden of proof is on the carrier’s part if they are going to defend against a damage claim.

So what type of claims have carriers successfully defended against?   According to transportationlaw.net, the following are valid defenses that a carrier could use in a court of law:

The 2 most common defenses are 1) Act of shipper (most likely improper packaging) and 2) damage was due to the inherent nature of the goods.

One type of damage that could fall under either of these is corrosion.   After all corrosion happens even when a product is sitting in a warehouse, so a carrier should never be liable for corrosion damage, right?   Well, it turns out that there was a case where the carrier ended up being judged liable for corrosion and therefore had to pay the claim.

The case in question is written about in this document: – the document is entitled “SEAWORTHINESS AND THE CARRIAGE OF STEEL FEDERAL COURT OF AUSTRALIA AFFIRMS AN INCREASED BURDEN ON STEEL CARRIERS” and was written by the law firm of Holman Fenwick and Willan.   The case was about steel coils that were transported from Japan to Australia.     The claim was for corrosion damage on the coils due to condensation.

To summarize the ruling the carrier was held liable for damages: Because the carrier was required to properly handle and stow cargo, the court found that the presence of condensation was something that should have been prevented by the carrier.   Note the court did distinguish between standing water, which is commonly found everywhere on a boat and “condensation” which occurs under certain temperature and humidity conditions.

The carrier tried several avenues of defense that apparently was unsuccessful.

This case was tried in 2007 and we could not find any document in reference to an appeal to a higher court.   In regards to corrosion, according to www.transportationlaw.net: “The defense that the loss was caused by inherent vice and the nature of the goods is available when “existing defects, diseases, decay or the inherent nature of the commodity” cause it to deteriorate with the lapse of time. Concealed infestation, fermentation, decay, corrosion, rusting and freezer damage all have been topics of inherent vice.” Source. In other words, corrosion has been considered inherent vice in other cases.

One thing that we found surprising is that the discussion was about preventing condensation on the coils, rather that inhibiting corrosion. Cortec makes a number of corrosion inhibiting products that should have worked on the steel coils. For example wrapping it in VpCI®-126 Blue is a combination of plastic sealing wrap and a protective vapor that would have bonded to the coils to inhibit corrosion. Another Cortec product that would have worked was VpCI® 368, which is a temporary coating that can last several months and be removed with common solvents. It is unknown why failures to use corrosion inhibitors were not used by the defense as improper packaging. The size and type of coils were never specified in the document.

We would not recommend that a shipper rely on the carrier to prevent corrosion damage to its product, especially if the product is highly sensitive like an electronic product.   One question that would be asked by the court for determining liability by the carrier is “what could the carrier have done differently.” If the answer is that there was nothing realistic that could be done, then there is a chance that the carrier would not be found liable.   We certainly think that corrosion damage could be argued by the carrier to fall under the “Inherent vice or nature of the goods” clause because corrosion is an inherent characteristic of all untreated metals.

Even if the carrier was liable for the damage, a damaged shipment can result in loss of market share, customer dissatisfaction and added costs for shipping and/ or expediting new product. Corrosion protection is a relatively inexpensive way to avoid unneeded damage.

A few more corrosion issues that made the news this month: GM Announces Recall of More than Half a Million... read more

It doesn’t take long to peruse the news and find stories relating to corrosion.   Corrosion is one of the... read more

Corrosion-Prone Parts Most Valuable Commodities in Transit – Protect Them!

Rust and other forms of corrosion damage can quickly ruin important metal components. This issue is of high concern... read more

Extending the Life of Trucks, Trailers, and other Metal Assets – Cleaning and Corrosion Protection

To some, metal assets dictate livelihood. Truck drivers, for example, depend on the structural integrity of the vehicle for... read more

If you’re shipping or storing metal, the best anticorrosive film on the market is now flame retardant and still... read more

Vehicle corrosion has long been an issue for truckers, but only recently has data been clear enough to strike... read more

Long term storage can present a number of challenges for electro-mechanical systems such as aircraft or vehicles.   Even under... read more

Protecting Metal: Rust Most Likely Before and After Transport

If you’re shipping any kind of metal, corrosion is a concern. Understanding the environmental moisture of your package’s journey... read more

An introduction to the basics of VpCI corrosion protection product

This website uses cookies and similar technologies to ensure that we give you the best experience. By continuing on to the site, you are consenting to this use.OKPrivacy Statement