PPT Vision was well aware of Packnet’s capabilities and reputation in the customized packaging industry. “We had used Packnet in the past because of the company’s specialty in designing packaging for oddly shaped machines that must be shipped,” said John Sillanpa, PPT’s shipping and receiving representative. “Packnet is really good. They arrive in trucks, take measurements and develop a solution.”

PPT Vision found itself in a quandary when it was time to ship its $250-300K PPT861 machine overseas. The company knew it did not have the capabilities on-site of packaging the machine to prevent it from being damaged during shipping nor did it have the ability to capture the damage as it occurred for insurance purposes. Insurance controversies overseas are handled differently than in the United States, and evidence of how and when damage occurs to a shipment is vital.

Packnet was hired to design and manufacture a customized packaging solution for the PPT861 that would both minimize the possibility of damage, but also provide an ability to capture specific information, if damage did occur.

After Packnet manufactured the cushioned export crate and vapor barrier bags for the PPT861 machine, it recommended the ShockWatch® Mag3500 recorder be used on the shipment to capture any excessive shock incidences. The Mag3500 records vertical and horizontal shocks to a package and when those shocks occur. The device is programmable and continuously records excessive G forces until the shipment is at its final destination. The receiver may easily then remove the device and download the information onto a computer. Packnet regularly installed a Mag3500 shock recorder within the crates it manufactured for the PPT861. This move proved very valuable for one particular shipment as a PPT861 machine and crate encountered severe shocks and mishandling. The crate’s solid construction prevented major damage to its exterior, but damage to the frame of the PPT861 was discovered during the uncrating process as the 1,200 lb. unit experienced severe mishandling. PPT Vision was able to provide evidence to its insurance company about where and with who the crate was at the time of damage. “The Mag3500 literally saved us the cost of the machine,” said Sillanpa.

Packnet is really good. They arrive in trucks, take measurements and develop a solution! They know how to handle you. 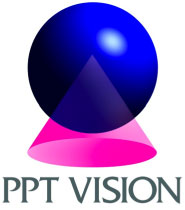