It looks like the trucking industry will continue to make headlines in 2015.  In 2014 the major headlines involved trucker safety and trucking accidents with the Morgan Freeman injury topping the list.   There was also a little bit of press on how the weather affected trucking with polar vortex doing its part in delaying shipments.

In 2015 the major headlines may be costs and freight capacity.   As manufacturing hopefully continues its rebound, don’t be surprised to hear about shipping costs increases when companies announce quarterly earnings next year.

We are already seeing the evidence of cost increases:

The main reason for expected increases is a severe driver shortage.   In a previous blog we reported that there are 35,000 open positions for over the road drivers.    Some analysts are saying that the shortage could grow to over 200,000 in the next 6 years if the issue is not addressed.  Source.

There appear to be a myriad of reasons for the driver shortage:

There are not a lot of options for short term solutions, trucking companies are going to have to make the driver position more attractive.   That means higher wages, less hours and more benefits for truckers.    All of which will add to cost.    Some companies have already increased their driver’s rate by 14% and that number will probably grow.

Driver shortages are not the only factor that will drive costs up.   New federal regulations will restrict hours and require companies to add more overhead to comply.   The federal government still hasn’t figured out what it is going to do about the erosion of the transportation infrastructure (roads and rails) and how it is going to be paid for.  Some of the solutions being discussed are added tolling, which will directly increase trucking costs.

For any market, like physics, every action has a reaction.   In a competitive economy it is almost a sure bet that shippers and manufacturers will start finding less expensive options to protect their bottom line.   Whether that involves technology, logistics or consolidation remains to be seen.    But for the immediate future, it is almost a sure bet that the US domestic transport supply chain will see some major cost increases.

The housing market has been a subject of several of our blogs over the years.   Our interest is due to... read more

The trucking industry has experienced its share of highs and lows in the last ten years. The 2008-2009 recession hit... read more

Have you recently evaluated how much extra money your packaging and/or shipping is costing you? Here are some pitfalls to... read more

2015 checklist for packaging and shipping

Packaging, crating and shipping to your customer once your project is completed is often an afterthought rather than a proactive... read more

Product liability laws are designed to protect consumers from damage or harm from products.   Areas of liability can include personal... read more

Some common FAQ’s on Packnet LTD

Over the years, Packet gets a lot of questions about our capabilities and services.   Below are just a few of... read more 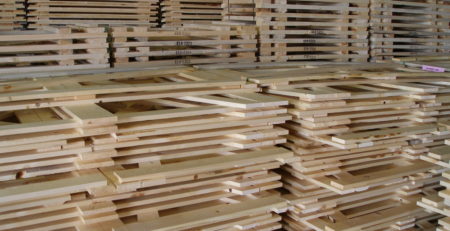 As lumber prices skyrocketed over the past year, the extreme cost of wood firmly established itself as the subject of... read more

Sometimes it’s a lot more than providing a packaging solution