Is the US about to experience major labor shortages?

Is the US about to experience major labor shortages?

According to the US Bureau of labor statistics, job postings are up significantly this year and have more than doubled since the beginning of the recession in 2009. Yet hiring has been flat since April and hiring rate has only increased about 1/3 as fast as job postings.

This phenomenon has puzzled many economists as they struggle to find an explanation of this trend.

There are many explanations out there:

The shortage of labor has been well documented in a number of industries. The US is in a major energy boom, and there is a documented shortage of pipeline construction workers and engineers. One issue that may affect the hiring numbers is these jobs are located in specific areas and require a unique life style. A prime example is North Dakota where the unemployment rate is 2 %.( the lowest in the nation) Many economists use 4% unemployment as the mile stone for labor shortages. That is an unemployment rate nearing 4% is an indication of wide spread labor shortages. The Competition is so fierce for labor that a Wal-Mart Store in Williston ND is offering entry level labor $17.00 per hour. Oil workers get great wages, but they work long, hard hours and live in near Spartan-like conditions. Most of North Dakota’s infrastructure is stretched beyond capacity in trying to meet the demands of a high influx of population.

Contrast this with Illinois which has an unemployment rate near 8% (it is falling) but within this number must be 1000’s of able bodied workers that would be more than welcome in labor starved North Dakota. But the US labor force may not be as transient as one would hope. Pulling up stakes, selling a home and moving to an area where there are no houses to buy, or leaving the family and taking up temporary residence for some unspecified time period is not for everyone. For many workers, making this transition would only be viable in a desperate situation, and in many areas, while the unemployment is high, things are improving and the desperation factor may be diminishing.

North Dakota is not the only area with major labor shortages. According to Bloomberg business Week, there are labor shortages popping up in metro areas across the country. The economy is picking up in a lot of local areas, but there are still major cities where unemployment remains stubbornly high such as cites across Illinois and central California.

Are the numbers adding up? The number of new jobs created since 2007 does not come anywhere near the loss suffered in 2007 and 2008. Yet unemployment is around 6.3%. Total jobs lost since 2007 is over 8.9 million, and the number of new jobs added since that time is just around 8,000,000 In addition, over 1 million workers a year are added to the available work force, so theoretically the US would have needed to add over 14 million jobs just to break even with 2007 numbers.

Many of the unemployed have dropped out because they stopped looking for work. The workforce participation rate is about 5 % points lower than historical averages. Some may have decided to retire early; some may just adapted a new (low income) life style, or are surviving on doing odd jobs. Will any of these decide to get back into the job market? Many believe that the type of jobs available now is not the type that will lure many back into the workforce. The wages are too low, or the type of work not suited to their skill level. As the economy continues to rebound, we are seeing some upward force on wages; some indicators are showing a 2-2.5% increase in the last year and with similar projections for the upcoming year. This is encouraging as the average wage rate dropped significantly during the recession. As labor wages increase, many believe that more will return to actively searching for jobs.

But the worst case scenario for many businesses would be that the labor shortages being reported in isolated regions will become more wide spread, people who have stopped looking still continue to stay out of the work force and the labor shortage becomes wide spread. The net effect will be to start driving up wages, and as the baby boomers continue to retire, this issue is only exasperated.

So is a major labor shortage in the near future that farfetched? Historically labor supply has fluxuated between high unemployment and labor shortages for the last 60 years, so it appears to be part of the natural US economic cycle. The highs and lows vary, but the pattern is similar. Regardless of the cycle, US businesses will react according to the market needs. Some will raise their wages to compete for workers, others will automate and some will (you guessed it) start off shore outsourcing.

Packnet has been very fortunate to maintain a strong workforce and supplement with temporary labor as needed over the past 20 years. Our average tenure companywide is near 9 years of experience. Some of our 45 team members have been here nearly 25 years (almost our inception). We continue to select some of the best talent in our industry in order to meet our high quality standards and maintain our reputation as leaders in the custom packaging industry.

A couple of interesting articles on US manufacturing trends; one is by KPMG - Global Manufacturing Outlook and another... read more

There are a number of programs that have helped businesses achieve growth with improved profitability.   Some programs are focused... read more

One of the lean manufacturing exercises that many businesses do is called a “value stream analysis”.  Basically one reviews... read more

Cost reduction in manufacturing is a matter of survival.   If your company doesn’t have an ongoing cost reduction and... read more

Panel cutting is one of Packnet’s core competencies

Many of Packnet’s custom packaging solutions require the use of panels in the fabrication of a crate or container. ... read more 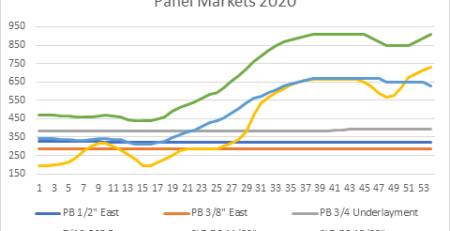 While "unprecedented" was the word of 2020, it appears that we will not be able to quickly abandon it... read more 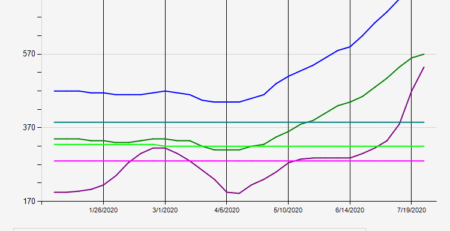 "Unprecedented" is readily becoming the word of the year for 2020.  The COVID-19 pandemic has disrupted all aspects of... read more

Many companies manufacture products that require transport between company plants for the various manufacturing processes.   Many businesses have “centers... read more

The Department of Homeland Security issued guidance on "Essential Critical Infrastructure Workers", as executed by the Cybersecurity and Infrastructure... read more

Outsource CNC Precision Cutting or Invest in your own Equipment?

Large and small manufacturers alike are always looking for the most cost-efficient ways to run their operation. When you... read more