Plastic prices have been on a roller coaster, the trend will continue

Plastic prices have been on a roller coaster, the trend will continue

Many people assume that plastic prices go hand in hand with crude oil prices. So when crude oil prices drop, one might expect the same thing from plastic. As a major converter of corrugated plastic, we can tell you that nothing is further from reality. The supply chain is far too complex. 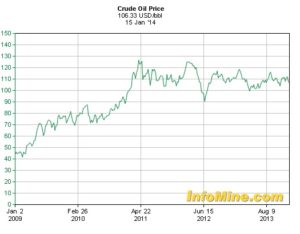 Since plastic is ultimately derived from crude oil, one would expect that plastic prices would track with crude oil prices, but they don’t. In reviewing the chart above, one might expect plastic prices to be flat or slightly decreasing over the last 2 years.

Below is a snapshot of high density polypropylene resin which is the primary component of most corrugated plastic. The graph covers a 5 year time span. 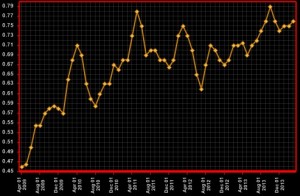 So why this variation in trends when plastic resins come from oil? One reason is that plastic resins don’t necessarily come from crude oil; they can also come from natural gas. Natural gas prices have their own price trends. The decision as to which oil is used is based on spot decisions by buyers who try to maximize profits.

Like anything else, oil prices are driven by demand vs. supply, but only 2.5% of the total consumption of crude oil is used for plastics. In other words, plastic demand will have a small impact on crude oil prices. From that 2.5% of crude oil, literally 100’s of types of plastic resins are made; all have their own supply and demand cycle. In the creation of corrugated plastic the oil goes through several steps in the supply chain. Raw material is converted into chemical resins, chemical resins are converted into bulk plastic which is converted to sheet stock and sheet stock is processed to create corrugated plastic. It is more likely that shortages or bottle necks in those conversion steps have a larger impact on plastic prices than the prices of crude oil. By the way, the overall demand for plastic this year has been flat.

The price of plastic is very difficult to predict because there are so many factors involved. 2013 saw large month to month price variation, but the resin price in December was just about the same as the beginning of 2013. Short term prices seem to be on the rise and several industry analysts are saying that prices will remain volatile over 2014 and into 2015.

In terms of corrugated plastic that Packnet purchases, visibility is fairly short. Prices at the beginning of the year can be significantly higher than at the end. Sometimes there does not appear to be any logical reason for it, but this is a symptom of the supply chain complexity. When you are a converter as Packnet, sometimes all you can do is hang on. Packnet works hard in negotiating long term contracts with its suppliers and providing as much visibility as it can on price changes.

Our corrugated plastic suppliers are indicating that we could see some significant price increases in February and March 2014. As always, Packnet will continually evaluate the situation, review its options and make price decisions that have our customer’s best interest in mind.

ISPM 15 is a global standard for packaging wood used for international shipments.  The standard requires that wood be either... read more

When it comes to creating custom shipping case solutions, it’s hard to beat the combination of Packnet’s fabrication expertise and... read more

ISPM 15 is an international standard for wood packaging material that specifies treatments to eradicate the wood from infestation by... read more 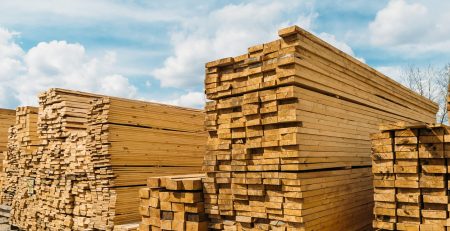 Since the beginning of the New Year, US lumber and panel prices have trended up after falling from the record-breaking... read more

What is the Best Packaging Method and Material?

When we talk about solutions to everything from lumber shortages to warehouse costs, we often suggest using some sort of sustainable... read more

The frigid weather has definitely cooled short term demand for lumber. The middle to eastern part of the US has... read more

Is your product sensitive to temperature?

Fall can be a great time of year with changing colors and mild temperatures. Many people love the fall because... read more

Everyone has heard the expression “the world is getting smarter”.  With the accelerating smart technology that includes mobile devices, wearable... read more

Trade shows are the number one marketing tool for many businesses.   It is a great opportunity to get focused exposure... read more