A couple of major mill fires this summer have caused some shortages in the plywood market.   The first fire was in Mid July.  A plywood mill in Springfield Oregon was totally destroyed in a fire that was probably caused by propane tank or glue tank explosions.  It will cost more than $100 million and up to two years to rebuild that plant, and whether that’s done depends on the insurer’s settlement offer, yet to be made. The plant was owned by Swanson Group Mfg. LLC.   This was a large plywood plant that supplied nearly 10% of the plywood for the western states and nearly 5% of the plywood used in the Midwest.   Plywood prices immediately skyrocketed after the news as speculation and panic buying took over.   Currently the price increases are working its way through the distributor network.  Prices are said to still be increasing as the market is just starting to stabilize.

The second fire was a wood veneer plant located in Weed California that caused severe damage in a September 18th fire.   The plant was owned by Roseburg Forest Products.   The veneer was mainly used for plywood fabrication.  The plant is expected to be back up and running around Thanksgiving.  The Weed California plant being down has smaller impact than the Springfield Oregon plant, but it does put another small kink in plywood supply chain.

From a buyer’s standpoint, it is fortunate that new construction has been flat this summer, thus putting less demand pressure on plywood. Any major uptick in home construction could put some serious pressure on the supply chain.

Packnet uses plywood in some of its custom crating solutions. While Oriented Strand Board (OSB) is often a viable substitute, this product is also seeing some upward price pressure.   Currently our wood wholesalers are indicating some fairly substantial price increases, but we are not sure how steep the increases are and what other companion wood products may be affected.    Packnet is always working with its supply chain to minimize cost impacts as well as reviewing substitute materials in case of severe shortages.

Tradeshows are a great opportunity to show off your products and get leads. For some business owners, the products they... read more

Packnet is upgrading its capability with new equipment

Packnet is continuing to expand it capabilities.   We are bringing in 2 new pieces of equipment that will expand our... read more 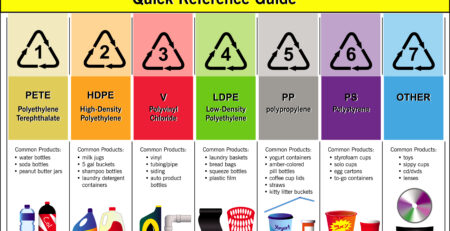 As a custom packaging supplier, one of the things that has made us successful is our ability to use a... read more

Packaging for products that go into a cleanroom

Transporting packaged product directly from the shipping dock to the manufacturing operation can increase efficiency if the packaging system is... read more

Anyone looking through Packnet’s shipping and handling web pages will find a variety of ShockWatch® products that can indicate if... read more

Reusable Paper Cartons Costing you More than you Know?

If your reusable packaging is not lasting more than two uses, or if it takes up too much space, you... read more

Monitoring Your Product during Shipping

The nightmare scenario for everyone shipping a valuable product is that it is damaged or non-functioning on arrival.  In many... read more

Since Packnet introduced hard sided cases with custom foam inserts, we are finding lots of applications from a variety of... read more

In past blog posts, Packnet has written about lean manufacturing and designing special Kanban carts that match the specific manufacturing... read more