So far the answer is no, but it is still early.

Go back a few years ago and most of the experts were predicting skyrocketing prices for wood products as the housing industry continue to grow and US economy expand.   In a 2012 report from Forest Industry, record lumber prices were predicted for 2014 [source].  According to www.builderonline.com SPF lumber prices was projected to increase 20% from 2013.

Below is a chart composite lumber prices taken from nahb.org. 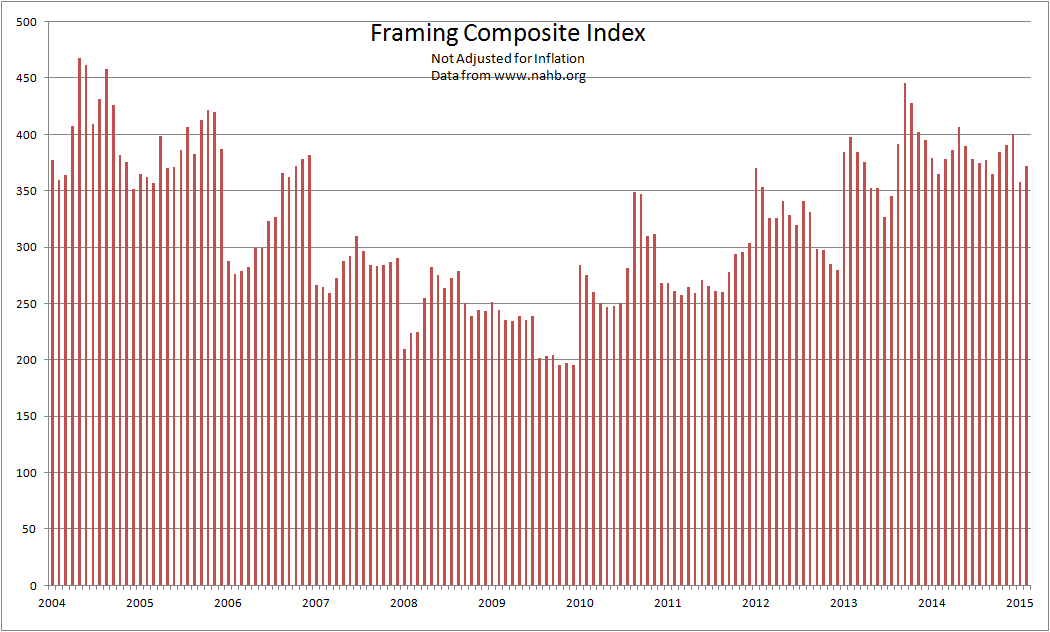 While prices did increase through 2013, they actually leveled off in 2014 to 2015 YTD.  The reason for the flattening out of wood prices seems pretty obvious when you look at the new housing starts graph below. 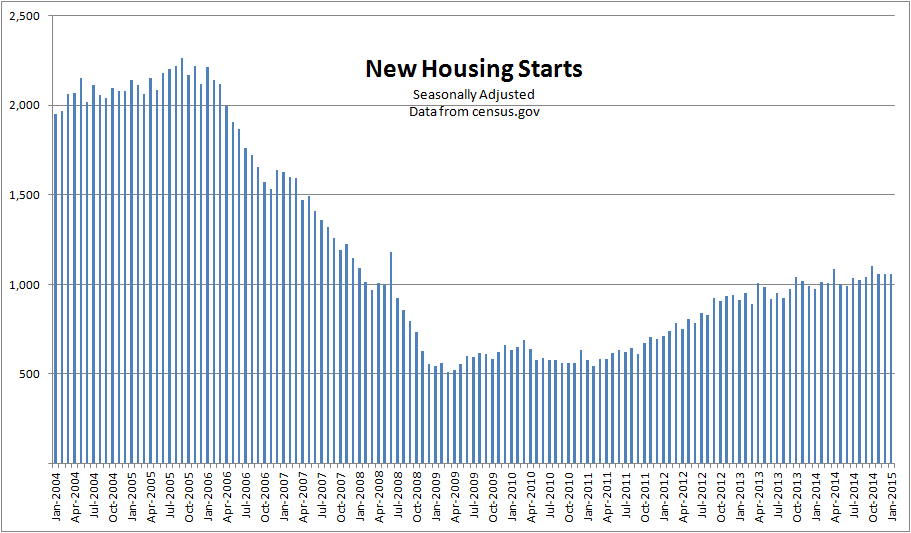 After seeing a fairly significant growth rate in 2011 and 2012, new housing starts have flattened out considerably growing at a modest rate of 8% in 2014.  This is far short of the 20% growth rate experienced in 2010 to 2012.  Many experts believed that the housing growth would continue at the same or higher rate.  That obviously has not happened.

How correlated is wood prices to housing starts?   After all the general economy could have just as big an impact as anything else.  Plus the wood composite index chart above does not look that close to the housing starts. 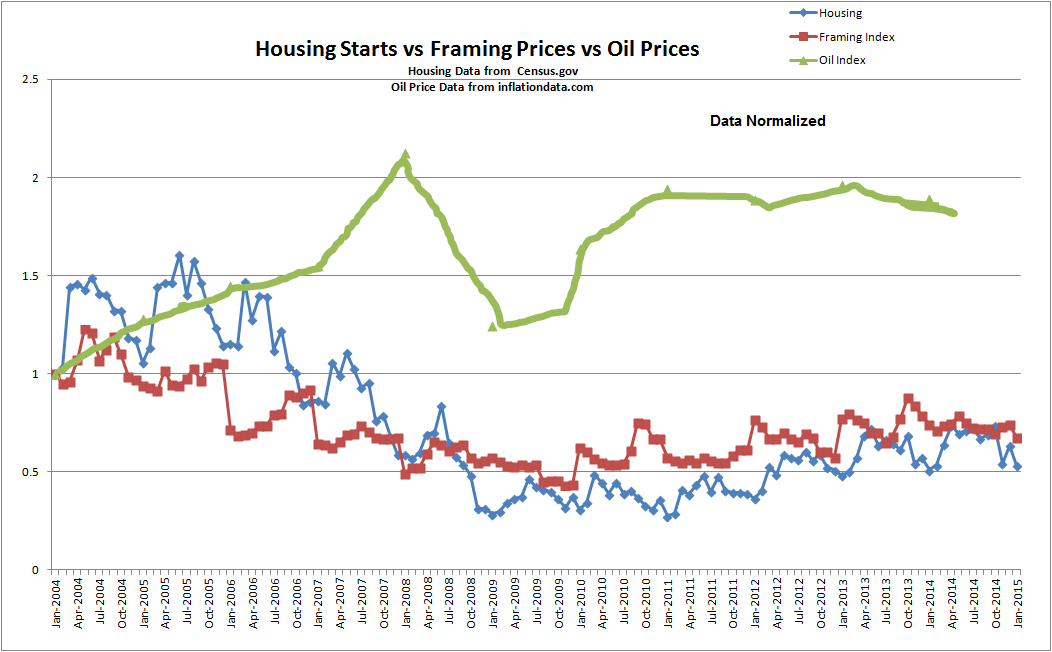 The chart above shows that wood prices and housing starts track fairly closely.   We have to state that there are certainly other factors that affect wood supply and demand such as adjustments in the supply chain, the issues caused by the mountain pine beetle as well as external demands from China.  But if you look at the green link which tracks average oil prices, you will see that at least one commodity did not track with housing or the US economy.  It seems pretty obvious that there is a general correlation between housing starts and wood prices.

So what do the experts say for 2015?  According to Kiplinger, single family housing starts will grow at a double digit rate in 2015 [source].  The reason given is the improvement in employment and expected wage growth.  Mortgage interest rates are expected to stay low.

If the housing market experiences that type of increase, then one can expect wood prices to increase, but not nearly as what was predicted in 2012.  If one does see adouble digit growth rate in that market segment, then one would expect increases in wood prices.   Whatever the case, Packnet will continue to work with suppliers to mitigate price issues and communicate with our customers as appropriate.

How packages can get damaged during shipping

When addressing potential shipping damage to your product, one needs to consider all the sources of damage to ensure... read more

In a previous blog we noted the number of shipping delays caused by cold weather: This year’s weather may... read more

Delivering a product from point A to point B can involve a number of transports, storages and handling steps.... read more

Cutting Back on Lumber with Alternative Packaging Solutions?

On June 26, the US Department of Commerce issued a much anticipated preliminary antidumping duty on softwood lumber from... read more

2015 Pricing, New Sizes and Testing We know how important it is to have confidence in the packaging you've chosen... read more

Lumber Supply, Prices, Continue to be Impacted by BC Fires

While some highways and one lumber mill have reopened since the British Columbia fires started, the impacts remain heavy... read more

Much of the news and data points to a solid 2014 for new housing starts, however there are some... read more

Stacking not always to Blame for Load Damage: Packaging Matters

Damage to merchandise costs companies billions of dollars every year. Most of it occurs during shipment, which would seem... read more

Product liability laws are designed to protect consumers from damage or harm from products.   Areas of liability can include... read more