Your “Fragile” Cargo is Mishandled the Most – How to Protect Yourself

Your “Fragile” Cargo is Mishandled the Most – How to Protect Yourself 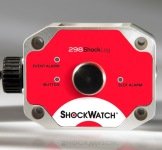 Whether you’re a manufacturer or a consumer, you’ve been there.  You’ve shipped or received a package that became so mangled during transit you wonder if a troop of gorillas hijacked the truck. Clear mishandling has taken place, and if that product was destroyed as a result, someone has to pay for it. Often that someone is the manufacturer, and they sure need the right proof for insurance to cover the loss.

As carefully as we package products, it’s human nature to assume that if we just let the carrier know that it’s fragile, he or she will dutifully take better care of it. This is extra assurance that we won’t be disappointing the recipient.

We couldn’t be more wrong.

We uncovered a package handling test that Popular Mechanics performed after reading advice from a former UPS handler who wrote an article for Cracked called, “5 Reasons Packages Get Destroyed (Learned Working at UPS.)”

The referenced article was co-written by Robert Evans and Sara Ohlms and reads,

“My supervisor took me to one of the trailers to show me how to load. He explained how you load left to right, pack them in tight, and go all the way up to the ceiling of the trailer. He took a rather light package that, sure enough, said ‘FRAGILE’ on it and tossed it up to the top of the wall to finish off the stack. He missed. The box fell to the floor of the trailer. He picked it up and tossed it back up there. ‘That said ‘fragile’ on it,’ said I, scandalized. He looked at me like I was crazy and said ‘They all say ‘fragile.’”

No need to take the word of random strangers writing for Cracked, however. Glenn Derene of Popular Mechanics wrote about his test and what he discovered in “Which Shipping Company Is Kindest to Your Packages?”

First he explains his motivation:

“A few years ago, Popular Mechanics shipped a custom-built gaming PC—a rather heavy and cumbersome beast—to a New Hampshire woman who’d won it in a sweepstakes. The computer arrived in pieces, delivering a crushing blow, so to speak, to the nice lady as well as to the PM staffers who’d built the computer. Even though we made good by reconstructing the PC and driving it to her doorstep, I still shudder at the memory of the gory photos she sent us of the shattered machine.” “…after our PC-shipping incident, I felt a sense of professional duty to find a way to get inside a package, as it were, and quantify the abuse it endures.”

To conduct the experiment, Derene worked with an industrial test and measurement company to create a data-logging device that could gauge and record vibration, temperature and orientation.

One of the most eye-opening discoveries of the test is that the packages marked “Fragile” or “This side up” were treated the worst. By a lot.

So if there’s no persuading carriers to take better care of our package, and you ship something as valuable as a custom-built gaming PC, how do you ensure that you’re not responsible for damaged goods if it’s the carrier’s fault, not your packaging, that the damage occurred?

Do what Derene did and add sensors to your important packages.

Packnet provides damage prevention solutions including ShockWatch sensors. They measure, store, and record shock, vibration, temperature, humidity, and atmospheric pressure. They can be used in the packaging or on the product. Some options include:

We also provide custom packaging solutions for large, heavy, and very fragile pieces. Contact us to see how to best protect your assets from shipping mishaps: 952-944-9124 or Contact Us.

As talks to renegotiate the North American Free trade Agreement (NAFTA) began this week, you may wonder how the... read more

So far the answer is no, but it is still early. Go back a few years ago and most of... read more

The severe weather that most of north America has been experiencing recently has been a stark reminder that despite... read more

Packnet uses corrugated plastic for many of its custom packaging and reusabel solutions.   This material is ideal for custom... read more

Branding can include shipping and storage containers

Creating a brand and promoting it is a vital part of any business marketing strategy.   Even if you are... read more

Everyone has heard the expression “the world is getting smarter”.  With the accelerating smart technology that includes mobile devices,... read more 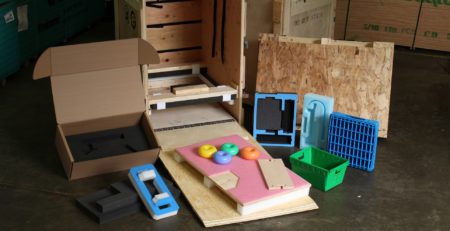 Most companies have opportunities to cut costs, especially when it comes to packaging. Clearly there is an endless range... read more

Packnet has a number of core competencies relating to custom packaging solutions for industrial applications.   In terms of materials,... read more

What stresses does your package see when shipped FEDEX, UPS or USPS?

There was an interesting article by popular mechanics a couple years ago where the author tried to compare three... read more