The alleged west ports slow down is causing congestion, pain and lots of finger pointing.  The issue is that contract negotiations between the Maritime port employers and the longshoremen workers are dragging on with no apparent resolution in sight.

The International Longshore and Warehouse Union have been working without a new contract since July 2014.   The Pacific Maritime Association which is negotiating on behalf of the west coast employers has accused the union of using slow down tactics to gain bargaining leverage.  The ILWU denies any slow down and states that the congestion is caused by shortages of containers and flat bed trucks.

Many businesses are complaining and claiming lost revenue because of the “slowdown”. Some specialty retailers are claiming the slowdown has been brutal.  While major retail stores have seen some outages on popular products, there appears to be plenty of other options for the consumer.   Christmas season retail sales are not expected to overly impress anyone, but no one is blaming product shortages for the “less than spectacular” sales.   Overall it has been hard to determine the economic impact of the west port congestion so far.

One of the more visible issues caused by the west port “congestion” was  the shortage of Mc Donald’s French Fries in Japan which was due to Idaho potatoes being held up in port.    Eventually Mc Donald’s air shipped the potatoes and the crisis is apparently over.

So what are the issues in this labour dispute?   Neither side has been extremely candid but industry experts claim the following are the major contentions:

Looming in the background is the Panama Canal expansion that is scheduled to be completed in early 2016.   The widened canal allows larger ships to pass through and is expected to double its current capacity.   The Panama Canal will provided more options for shippers and could results in lost business for the west coast ports.

It appears that both the ILWU and the west coast employers have a lot to lose if they don’t resolve the contract issues soon, which gives us some hope that this impasse will be resolved in early 2015.   In the meantime, shippers need to carefully review their options and timelines to avoid costly shortages and lost revenue.

Treating wood packaging material (WPM) with fumigants has been a way of life since the IPPC approved the ISPM-15... read more

If you are a custom machine fabricator or manufacturer of any product that’s fragile, large or high value, you... read more

ISPM 15 proves to be effective

There is some good news and bad news on the invasive insect front. The good news is that according... read more

ISPM 15 is a global standard for packaging wood used for international shipments.  The standard requires that wood be... read more 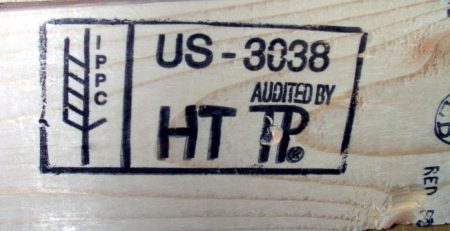 The International Standards for Phytosanitary Measures 15 was developed to prevent the transport of disease and insects through wood... read more

ISPM 15 is an international standard for wood packaging material that specifies treatments to eradicate the wood from infestation... read more

Can disease be propagated by shipping cargo?

The Ebola epidemic in Africa, with 2 cases now reported in the US has brought a lot of attention... read more

Ocean Cargo rates could continue to increase in 2013

Ocean Cargo prices went up dramatically in 2012 as carriers tried to recover from high fuel costs and damaging... read more

Questions and Answers on ISPM 15

The following are questions that Packnet has been asked concerning the ISPM 15 regulation. Hopefully this post will help... read more

Carrier liability is not enough to protect you and your cargo from damage during overseas transit. Find out how... read more