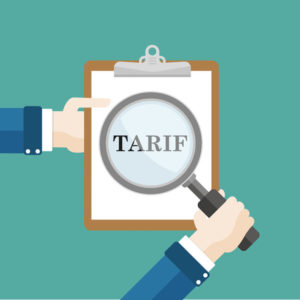 As talks to renegotiate the North American Free trade Agreement (NAFTA) began this week, you may wonder how the process is going to work and what’s at stake. There has been a lot of conflict over recent changes made between Canadian and American relations. While experts advise keeping these topics, like the Softwood Lumber Agreement, separate from the NAFTA talks, we can only wait to see how things play out.

Here is a summary of NAFTA, why it’s being renegotiated, what that looks like, and what everyone wants from it.

NAFTA is over 1,000 pages long, and it eliminates almost all tariffs and other trade barriers between the US, Canada, and Mexico. It’s filled with complex legal details of how major supply chains reorganized to reflect a transnational agreement. Among other things, it allows companies to put operations in the country that’s most cost-effective. The idea was that if corporations operate across borders without excessive regulation, they can produce cheaper goods and more jobs. This came into effect during a time the US was concerned about its ability to compete with Japan and Europe.

WHY ARE WE REJECTING IT?

One of Trump’s campaign promises was to terminate it. He called it “A disaster, the worst trade deal in U.S. history.” At the same time NAFTA led to a significant growth in trade across North America, some industries suffered in the US. Mexico held a competitive advantage on labor in the auto industry as well as labor-intensive agriculture, like vegetables.

On the flip side, exports of energy-intensive crops like corn and soybeans flourished in America, making farmers loyal supporters of NAFTA.

Some experts say that because of other advancements in technology and changes in foreign manufacturing, it’s hard to say how responsible NAFTA is for the decline that some American industries suffered in the wake of the agreement.

Regardless, NAFTA is outdated. A revised document will include e-commerce, intellectual property, and developments in other sectors that didn’t exists at the time of the original agreement.

SO WHAT HAPPENS NOW?

Representatives from each of the three countries will meet to negotiate at least seven times over the next six months. They aim to have a complete agreement before the end of the year, before Mexico’s next presidential election.

WHAT DOES EVERYONE WANT?

The list of demands is long, especially from the US, but here are the highlights:

United States
Trump’s top priority is to balance the flows of trade. He deems it “unacceptable” that Mexico exports about $63 billion more goods than it takes in, and that Canada also has a small trade surplus.

Another key demand is to scrap NAFTA’s dispute-resolution panels, as Trump has called these a violation of U.S. sovereignty. They allow an independent, binational teams to mediate trade disagreements through a review of charges of unfair trade practices. Historically, they’ve sided with Canada on issues like American duties on softwood lumber.

Mena boldly opposes efforts to make Mexican exports to the US more expensive or less desirable. He maintains that it would be contradictory to NAFTA’s mission of free trade. If Trump is successful, Mexico may be hit with tariffs and restrictions that NAFTA had been designed to eliminate. Both Mexico and Canada are exploring Free Trade Agreement options with other partners like Brazil and China.

Senior officials say that Canada will walk away from negotiations if the US doesn’t give in on the resolution panels. It is in agreement with Mexico that it would be difficult to protect industries against dumping.

As changes unfold, many industries could prepare for a new way of life. When it comes to packaging, Packnet will always be up to date on the regulations and restrictions that affect domestic and international shipping. We’ll ensure your containers and packaging complies with all current laws relevant to your shipment.

Not all custom foam solutions are scalable

Creating a custom foam packaging solution requires more than just understanding the dynamics of the product and transport, one... read more

What can you do if you need to protect a very large object during extended storage or during shipment... read more

Many times a special packaging solution needs to be created for ESD sensitive products.  Electrostatic Discharge (ESD) is a... read more

Transporting your product from plant to plant

What is the ideal packaging container for plant to plant transport?  What would some of the criteria be?  How... read more

Can Foam Improve the Buying Experience and Your Bottom Line?

Damage in transit is costly, and not just in direct dollars. Shipping damage can cost you time, labor, saleable... read more

The video below shows a Chinese baggage handler blatantly abusing the packages being loaded.    Less than half the boxes... read more

Lean manufacturing doesn’t make sense if the product gets damaged during shipment.

Many companies do a great job of streamlining their process and eliminate waste.  They reduce inventory and cycle time... read more

Are Your Packages Being Mishandled?

You have probably heard about FED EX and UPS employees getting caught on camera mishandling packages.   We have provided... read more

What does packaging and crating have to do with lean manufacturing?  To answer that question one first must consider... read more